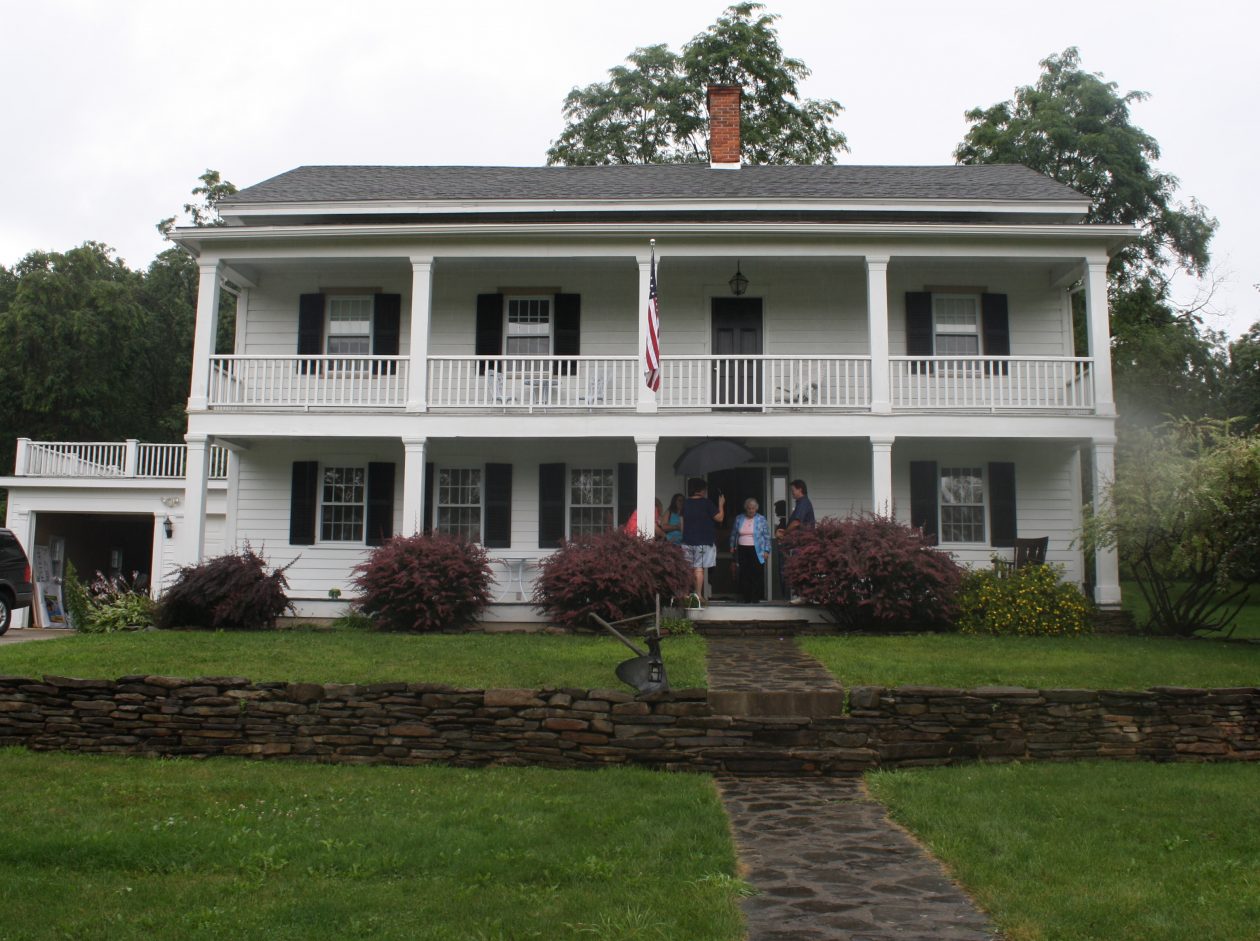 DANSVILLE — It was a bittersweet tribute as the community gathered to honor the work of a former photographer and friend.

Don Sylor was a professional photographer who passed away on May 29, 2013. He spent over four decades doing what he loved most. In 1972, Sylor opened his own photography studio on Main Street. It was in the only vacant storefront at the time (now Dogwood Floral Company). It was there his vision came to life as he matted his own photos, and a few years later did custom framework.

Sue Sylor, Don’s wife approached Dansville ArtWorks about donating some of her late husband’s work to the art center.  It was decided that the work could go in the newly opened solo exhibit. Don Sylor Retrospective: Images of the Coast is a deep look into his work in Cape Cod. The solo exhibit runs from June 7 until Aug. 31. All matted, limited signed prints are $99 and all prints, limited edition are $60. All of the proceeds go to benefit Dansville ArtWorks.

“I really appreciate doing this exhibit here,” Sue Sylor said. “He would love having his art in the Dansville ArtWorks. He grew up here, went to school here, and we raised both our kids here.”

“I am glad to have his work be seen again,” she said. “The photos needed a better home than being stored in a box. I am glad they are in the gallery.”

John Adamski has been a professional wildlife photographer for over four decades as well. He had a chance to know Sylor for a short amount of time.

“I had a chance to meet Don when I went to get some custom framing done. Don shared some of his work with me before and showed me a lot of it in the back room,” he said. “Whenever I needed some large prints matted or custom frames done, I would go to Don. He had a great style.”

Nicole Alioto, Dansville ArtWorks board president said it is fantastic to have Don Sylor’s work on display at the art center.

“It is fantastic to be able to have the fresh new space, and an honor to have Don Sylor’s work on display this summer. We are able to have the solo exhibits where we had our first gallery when we started,” she said. “Bernard Dick is our next solo artist that we will have in that space from September to November. We have a Holiday Craft Bazaar in November. It will become Santa Claus’ workshop for Winter in the Village.”

Sue Sylor mentioned how Cape Cod was a bit of a sanctuary for them. It had been their honeymoon, and a place they returned to several times throughout their lives. Don Sylor would be published in the Cape Cod Life Magazine many times. All of the work he did there was Freelance Photography. Most of the time it was whatever caught his eye. Don had a gift and he used it to enhance the way people saw the world around them. Several of his lighthouse photos were sold at galleries in Cape Cod.

YOUNGSTOWN — Along the banks of the Niagara River rests an important part of our American history that has withstood more than three centuries.

After two previous posts had failed to make it through the harsh brutality of war the French established Fort Niagara in 1726. It has forever been known as “The French Castle” for its impressive architecture.

The British gained control over the famous fort after a 19-day siege during the French and Indian War in 1759.

Afterwards, during the American Revolutionary War, the British were forced to give the fort to the United States in a treaty signed in 1796.

However, the British managed to capture the fort once again in 1813 during the War of 1812. Once again, the United States were able to get control of the fort in 1815 at the end of the war.

After this last conflict it became a place to train soldiers from the Civil War to Korean War. Today, the U.S. Coast Guard represents the only military still present on the site.

When you think of all the battles and conflicts that took place on the grounds of this fort it makes you appreciate military history even more.

The last time I was at Old Fort Niagara it was back in the late 1980s, and there was not much to be seen. It was not nearly as advanced as it is nowadays. It was a breathtaking sight to be there more than 30 years later to see what the association has done with this historic gem now.

My mother, Lisa Yvette and I went back and saw a museum and gift shop had been established in a magnificent building across the parking lot from the Old Fort Niagara Lighthouse.

Within the museum we were able to see the story of the fort unfold with photos, uniforms, documents, and items dug up from the ground by archeologists. Also, there was the original Old Fort Niagara Flag that had been taken by the British long ago. It had been hidden away in Scotland since the early 1990s. Now it is finally back where it belongs at Old Fort Niagara.

They also show you a 15-minute video talking about the rich history of the fort, and the importance of what you are about to witness as you walk around the grounds.

Once we were out and about to take in the sights of the gorgeous fort and all the history that she had to offer our guide (Toby) gave us a quick story about her.

It was at that moment we realized that a lot had changed in 30 years. This was not going to be the same experience we had three decades ago. We saw that the towers, powder room, and the castle itself had been furnished with items that took us back in time.

As I walked through the castle, I saw a chapel, officers’ headquarters, military kitchen, trading post, and so much more. We were able to see the castle come to life. We could hear the echoes of times long ago. We could feel the souls of those who had come and gone from within those walls.

On a decent day you can clearly see Fort George across the river and the shores of Canada in the distance. This beautiful view can best be seen on the third floor of the towers and where the cannons rest.

We noticed a couple reenactors were giving demonstrations outside on the grounds. One had the British uniform and the other was wearing the French uniform.

The French reenactor said he had been doing this his whole life, and for the last eight years he had taken it on as a profession. His sister mended the uniforms and his parents got the family tradition started long ago.

The last thing we did before we ended our adventure at Old Fort Niagara was pay our respects at the cemetery. This is the final resting place for those who fought and died for our freedom from the American Revolutionary War to WWII. The thing that touched my heart the most was the decorated tomb of the unknown soldiers who rest there.

There is passion and heart that still rests on the shores of the Niagara River. If you wish to take part in the rich history take time to visit Old Fort Niagara. For more information including hours, ticket prices, and events go to https://www.oldfortniagara.org 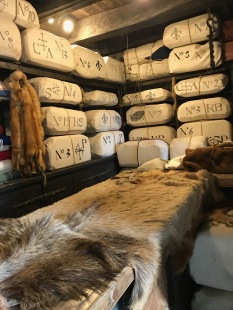 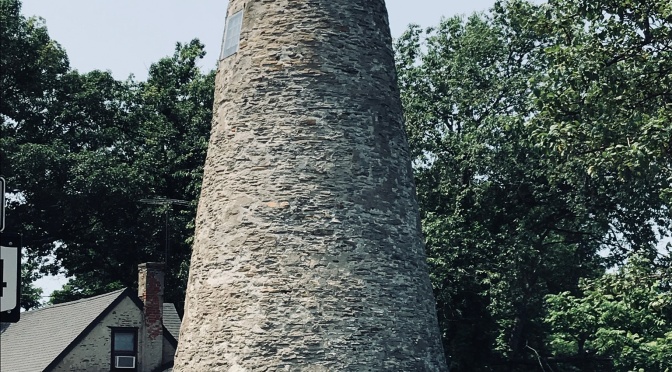 As summer winds down, and fall approaches around the bend it is time to reflect on the beauty around us.

On what was meant to be a simple drive to Barcelona Harbor to take in the sun and fresh lake water became so much more.

I noticed a very old lighthouse resting on the hill.

A nice talk with one of the harbor staff members led me to a brief story of it’s history.
The lighthouse itself was built, along with the lighthouse keepers home in 1828. It was erected by the Federal Government in 1829.
The Lakeside B&B was originally built in 1830 for the Underground Railroad. The home had a secret tunnel in the basement , which emptied out under the lighthouse buried deep under the hill.

This allowed slaves to be taken across the 27 mile stretch of Lake Erie to Canada.
Now the home that gave so many people a safe harbor is a lovely B&B, and the lighthouse that offered it’s guiding light across the dark waters is a stone structure of hope. It offers us a glimpse of history and reminds us that in this seemingly dark world light does prevail and freedom continues to ring.
Barcelona Harbor had felt like a special place since the moment I set foot on her shores, and now I understand why. It truly is a safe harbor … a refuge for the lost.
When I look at these pictures or stand by these profound structures I will remember the stories, and I will imagine how those slaves must of felt seeing that beacon of light, and the door opening at the bottom of a hill to offer them shelter in the storm.